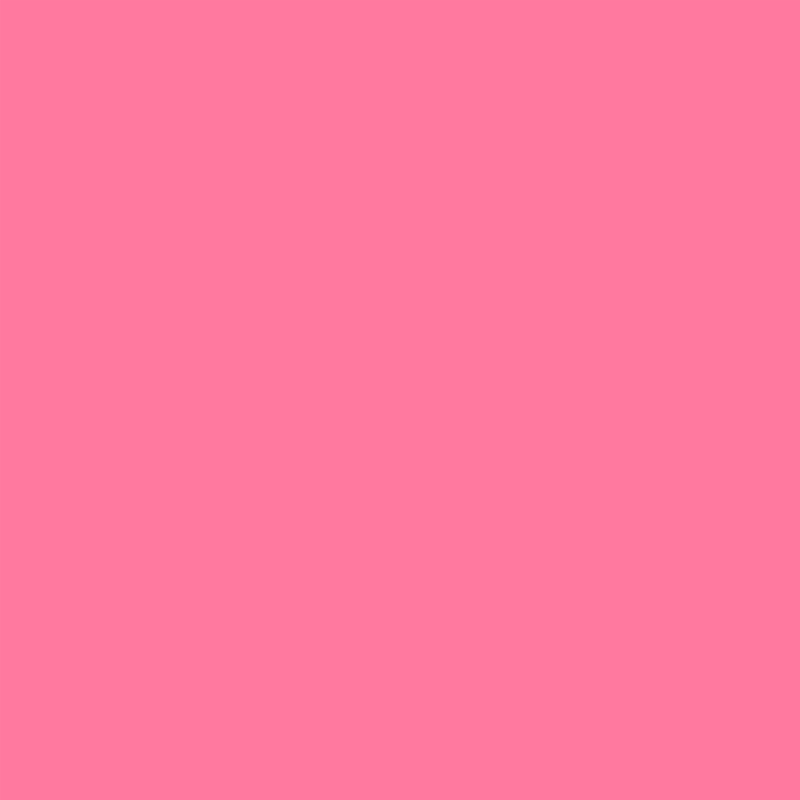 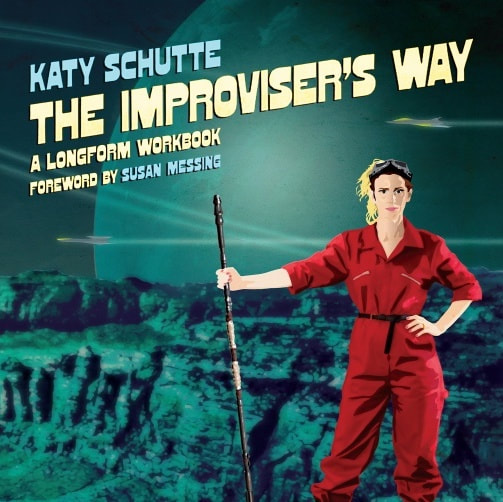 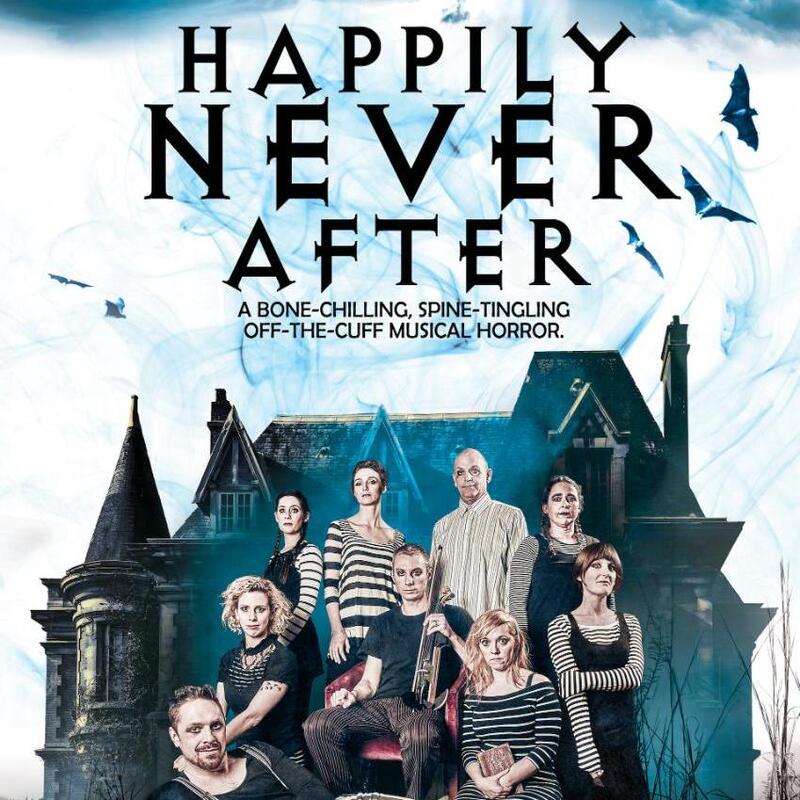 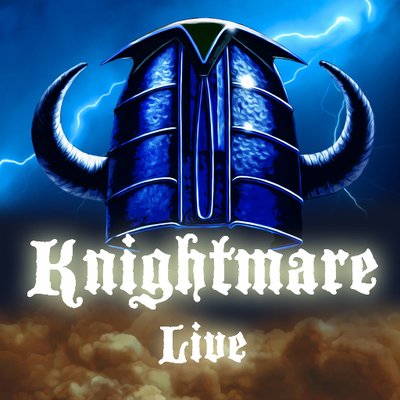 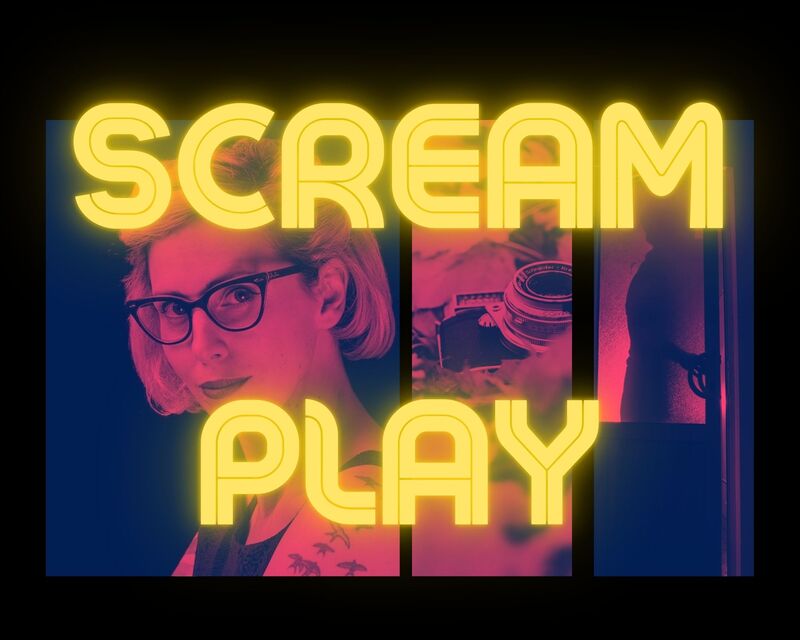 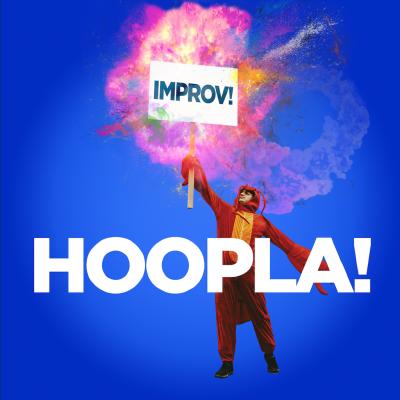 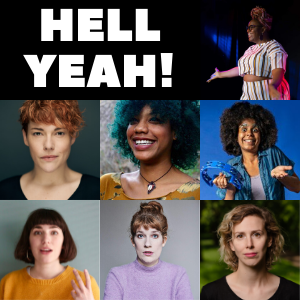 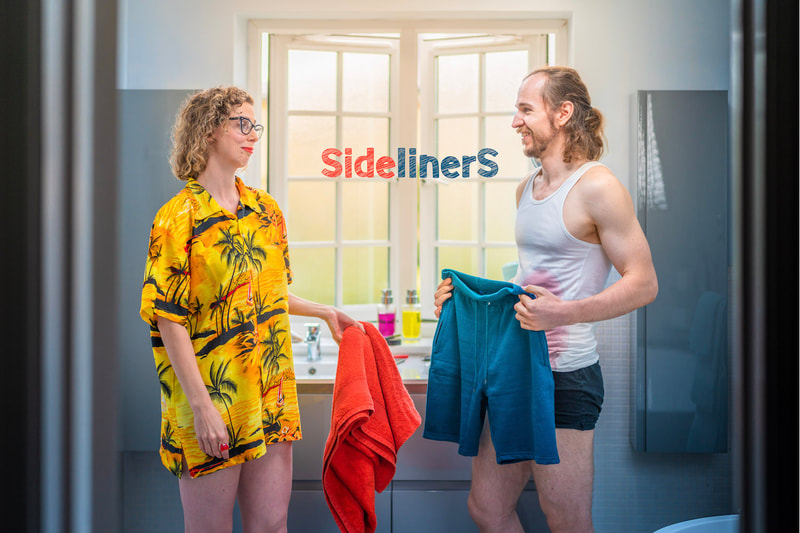 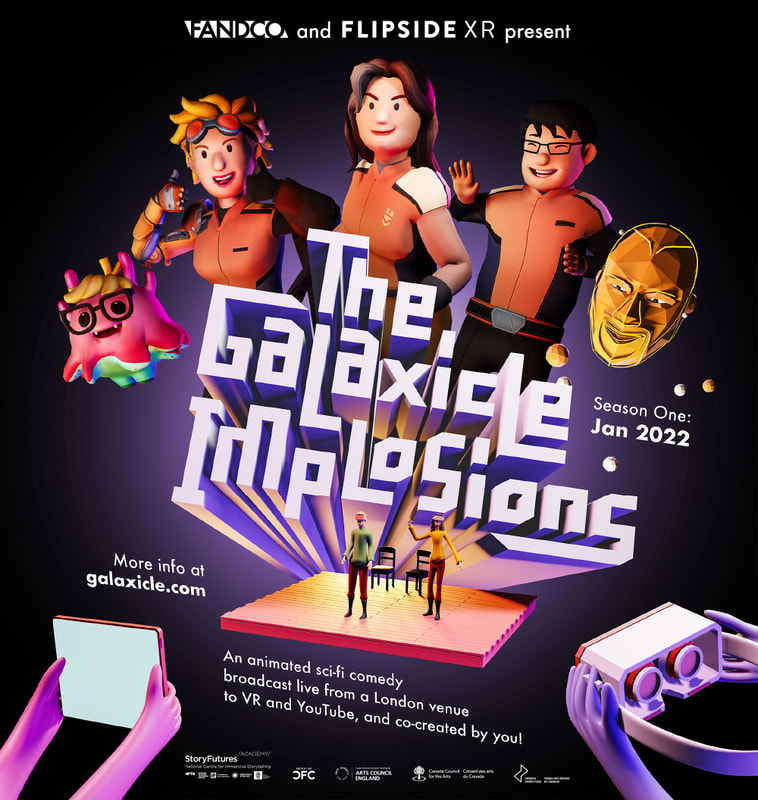 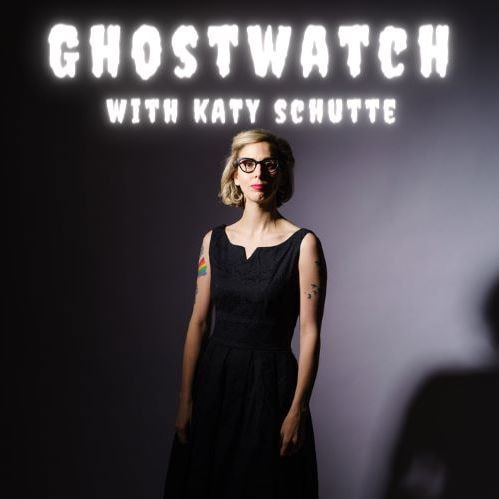 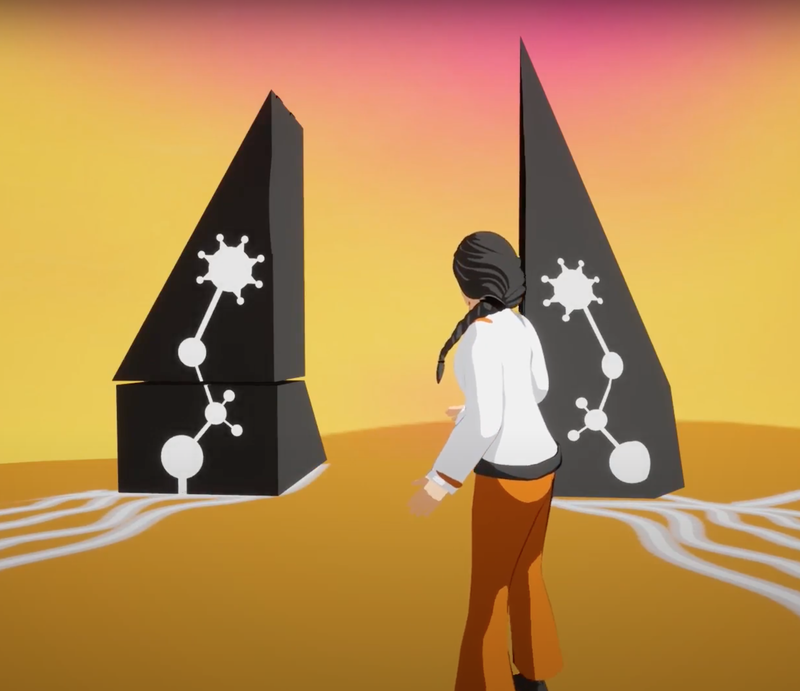 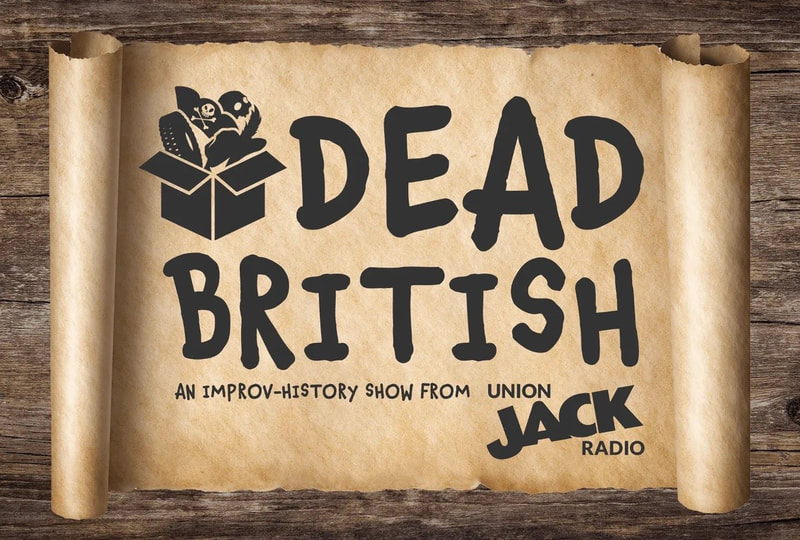 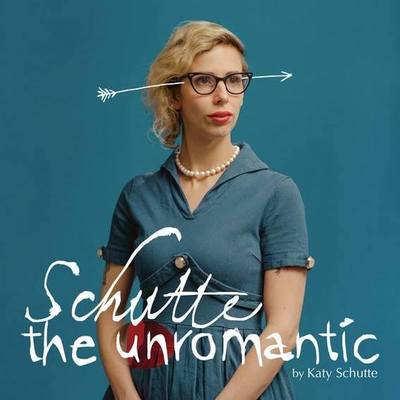 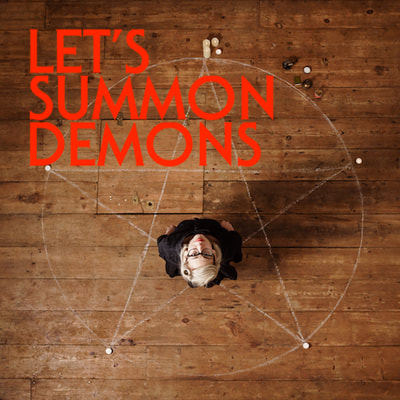 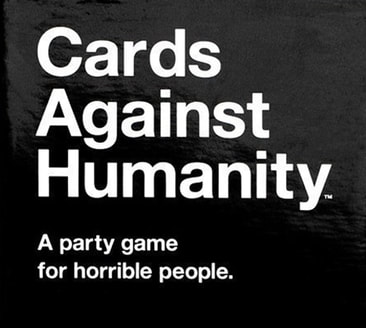 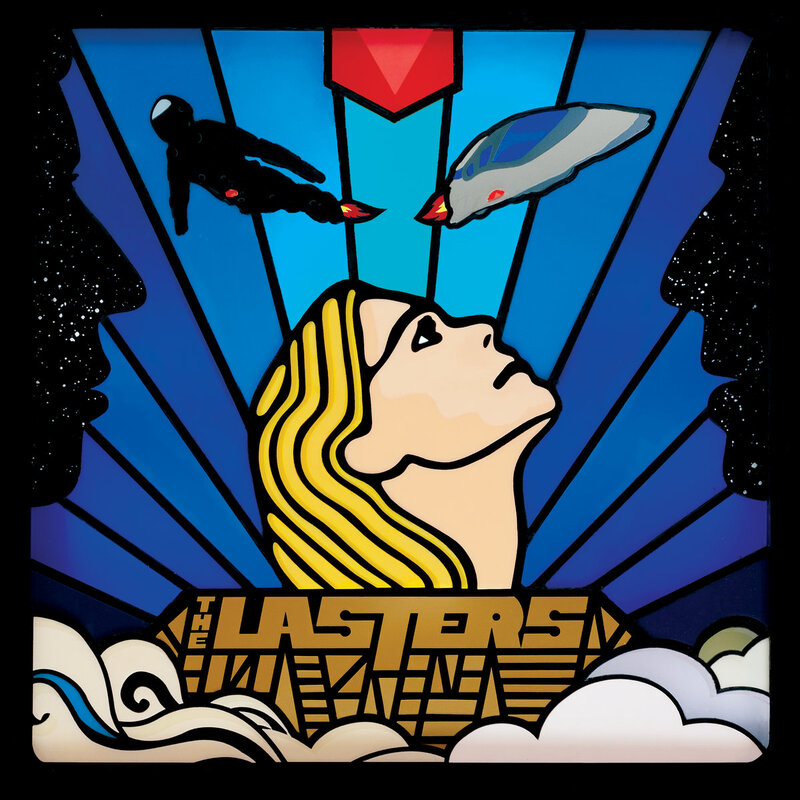 "Brilliant!"
​- Matthew Holness
"Bloomin' marvellous!"
​- David Schneider
"Hilarious!"
​- Colin Mochrie
I have had the pleasure of working with some wonderful teachers and improvisers from around the world.  Sometimes we Maydays invite favourite teachers back over from Chicago (Bill Arnett, Nancy Howland Walker and Marshall Stern) and New York (Jay Rhoderick) to fine tune us and join in our shows in Brighton and London.  And let’s not forget Tim Sniffen (Baby Wants Candy) who coached me and 8Bit at the end of last year.

When I was at iO and Second City, I met some great American, Canadian and Australian improvisers who I loved performing with.  I also dearly miss Jason Delplanque from the Maydays who has moved to South Africa to take the improv world by storm over there.  I was contemplating the international talent I have connections with and realised that – of course – we live in a world of vast media and communication opportunities.  Why not make an online improv show where any of these people, and any of you, can add the next scene.  London Improv have been kind enough to act as host and me (Katy Schutte) and Laura Mugridge are launching ‘Open Letters to P. W. Wiseman’.

Open Letters to P. W. Wiseman is an online Harold where we publish an improvised scene and ask the world to improvise the next one. There will be 9 scenes (or so), each inspired by the last and by the themes ‘organic’ and ‘rural’.  Scenes must be one continuous shot with improvised dialogue and have a connection (i.e. to do with character, object or environment) with the scenes that have gone before.  Open Letters to P. W. Wiseman has three chapters and we encourage successful submitters to film second and third beats to their story or exploration.  Each scene must be under 5 minutes and entered within a week of the previous one being published.  To enter, publish your scene on youtube and send the link to katy@katyschutte.com including which scene number it is.  As this is our trial show, guidance/rules may change as the project goes on…  Good luck – let’s make some new comedy!

Edinburgh Spotlight - "...certainly on a par with Paul Merton"

Latest 7 - "Both accomplished and absurd - a must see!"

I work with chum Rachel Blackman on this two-girl improvised theatre comedy show.  One story. Real characters. One hour. Completely improvised. It's like watching people fly.  We have also made scripted 'Momentary Lapse' webisodes by Brian Mitchell and Joe Nixon for Jibba Jabba.

“…nuanced and detailed observations only the most agile of minds and sensitive of sensibilities can make.”
**** Stage Talk Magazine

The Maydays are an improvised comedy company and lots of my dearest friends.  I have been with them since 2004.  I'm an improviser and Director.  The Maydays won Best Comedy Show at Brighton Festival for Mayday! The Musical.  We perform Guest Who, Tonight's Top Story, Confessions, The Fringe Show and The Seagull Has Landed, all of which take audience suggestions to create scenes and songs in the moment.  I directed our newest production: Oh Boy! The Quantum Leap Show!

“...hilariously funny, each performer capitalising on their own different styles of humour to the delight of the whole audience."
***** Three Weeks

Project Two is an improvised science fiction comedy show.  I came on board as a coach/director in early 2012 before founders Chris Mead and Jon Monkhouse invited me to join the cast.  We also make film shorts and hang out a lot.

We have performed at Futureshock for Camden People's Theatre, ImproFestUK, Bristol Improv Festival, Leicester Square Theatre with Geekatorium, La Scala with White Mischief and Tristan Bates with ImprofestUK and at the Albany Theatre, Deptford (as well as in many rooms above pubs).  We are now curating a night of other fantastic nerds entitled Geekeasy which is a monthly treat at the Nursery Theatre, Southwark.

Who Ya Gonna Call?

Me, Tom and Jon pay tribute to the best film of all time with original songs, cardboard props and lots of love.  We sing, slime and bust our way through a one-hour interactive multi-media show. Think Reduced Shakespeare Company meets Be Kind, Rewind.

Our debut at the Edinburgh Festival Fringe was met with standing room only and a five star review!

Lyrics by me, music by me and Joe Samuel and book by me, Chris Mead & the cast.

"What the world has been missing"
***** Three Weeks

I Have an Idea for a Film

I have a film idea that I would like to share with you.  I will be all the characters, the cinematography, the sound and the story.  You will be the imagination.


"Schutte proves an engaging and versatile actor"
The Scotsman 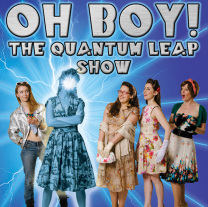 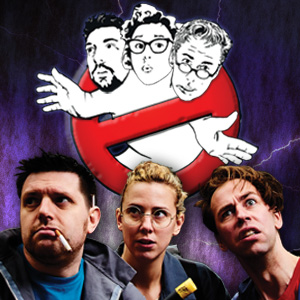 Chortle - "...could easily hold [her] own with the likes of Merton, Frost and Jupitus"